BILLINGS MT- The Billings Symphony Orchestra & Chorale welcome special guests, Amy Schendel, Sara Ponder, Clayton Parr, and Daren Small to the Lincoln Center stage. Together they pay homage to one of the classical music’s greatest composers, with Mozart’s Requiem and Symphony No. 35, in A Celebration of Mozart, Saturday, February 15 at the Lincoln Center. Showtime is 7:30 pm, with Concert Cues starting at 6:45 pm.

Mozart’s Requiem
The Requiem was secretly commissioned by Count Franz von Walsegg to commemorate the passing of his wife. Once Mozart received the first half of his commission—paid by messenger—he began writing, never knowing who he was writing for. Incredibly ill at the time, Mozart is said to have been convinced he was writing the Requiem for his own funeral. Indeed, he passed away on December 5, 1791 at the age of 35, leaving the work unfinished. Mozart’s wife recruited his student, Franz Xaver Süssmayr, to complete the Requiem in secrecy, and 100 days after Mozart’s death, it was delivered to Count Franz von Walsegg. Many believe von Walsegg tried to pass it off as his own work, as he was known to do. However, Mozart’s wife was very vocal about the commissioned project and was able to quash his claim.

Mozart’s Symphony No. 35
Also known as the Haffner Symphony, Symphony No. 35 was Mozart’s second work commissioned by the Haffner family of Salzburg, Austria. After the success of his Haffner Serenade for the wedding of Marie Elizabeth Haffner, the family again sought Mozart to commemorate the ennoblement of Sigmund Haffner the Younger. This second Haffner serenade was later reworked by Mozart into a full symphony, making its debut performance as Symphony No. 35 on March 23, 1783, at Vienna’s Burg Theatre. 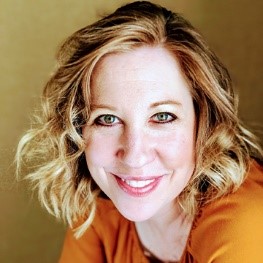 Amy Schendel
Amy Schendel is thrilled to be on stage with the Billings Symphony. A versatile performer, she is usually found in the clarinet section but has been a vocal soloist with Symphony numerous times. Amy’s operatic credits include Pamina in Die Zauberflöte, the title role in Floyd’s Susannah, Mimì in La bohème, Susanna in The Marriage of Figaro, Despina in Così fan tutte, the title role in Sister Angelica and others. Some of her favorite musical theatre roles have been the title role in Evita, Velma in Chicago, Missy in The Marvelous Wonderettes and Ellen in Miss Saigon. Sometimes she can be found around town singing jazz standards with local jazz musicians, a passion she has held for many years.

Amy is a dedicated music educator, serving her fourteenth year as the Director of Choirs at Billings Skyview High School and as co-conductor of Yellowstone Valley Voices. She travels around the state and beyond conducting honor choirs, adjudicating at festivals and teaching at summer camps. Amy holds bachelor’s degrees in Clarinet Performance and Music Education, as well as a Master’s in Music Education from the University of Montana. She is a certified member of the VoiceCare Network and is currently serving as the President-Elect of the Montana Music Educators Association. 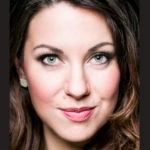 Sara Ponder
Hailed as “deeply expressive” (Chicago Sun Times) and a “first-class soloist” (Chicago Classical Review) Sarah Ponder, mezzo-soprano, enjoys a busy career as a soloist and ensemble singer with Lyric Opera of Chicago, Grant Park Chorus, Chicago Symphony Chorus, Chicago a cappella, Music of the Baroque, and many others. Sarah holds a faculty position at Loyola University. In addition to training voices, Sarah has helped to establish many outreach programs with CSO’s Negaunee Music Institute, specializing in original composition workshops through The Lullaby Project and Notes for Peace, where she is featured prominently as both a vocal coach and interpreter of these moving tributes. Her work as a technique model is also featured in the award-winning pedagogy book by Dr. Julia Davids, Vocal Technique: A Guide for Conductors, Teachers, and Singers 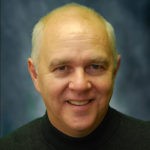 Clayton Parr
Clayton Parr, tenor, is Professor of Music at Albion College in Michigan.  His professional experience as a performer has included the Cincinnati Opera, Whitewater Opera, Oregon Bach Festival, Santa Fe Desert Chorale, and Music of the Baroque, Grant Park Music Festival, and Bella Voce in Chicago.  Solo concert performances with orchestra have included the Cincinnati Ballet, Billings Symphony, Midland Symphony, Middletown Symphony, the Janus Ensemble in Chicago and the National Music Center Orchestra of Tbilisi, Georgia, where he was a Fulbright scholar at the Tbilisi Conservatoire.  He leads the Alioni Georgian Choir of Chicago and has edited publications of Georgian folksongs in print with Hal Leonard and Earthsongs Publishing. 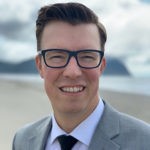 Daren Small
Daren Small is a distinguished bass-baritone soloist in the American Northwest. He enjoys sharing his passion for singing on stage as well as in the classroom and voice studio. Small is currently pursuing his Doctor of Musical Arts degree in Vocal Performance at the University of Cincinnati College-Conservatory of Music (CCM). As a native of Billings, MT, Small earned his Music Education and Master of Education degrees from Montana State University and was formerly the Director of Choirs at Billings Senior High School. He has enjoyed opportunities to share his “clear and rich-timbred voice” with all audiences in a growing list of venues and locales including Ohio, Indiana, California, Washington, Idaho, Wyoming, and Montana. Many reputable soloists and educators have and continue to influence his career including Tom Baresel, Dennis Rupp, Lowell Hickman, Dr. Jon Harney, and Dr. Steven Hart. Additional information about Daren Small can be found at darensmall.com.

The 2019-2020 symphony season is proudly sponsored by the Oakland Companies. The Host Hotel is the Northern Hotel, and the 2019-2020 Media Sponsor is KTVQ-2.

Tickets for A Celebration of Mozart are available online at billingssymphony.org, by phone at 406-252-3610, or in person at 2721 2nd Ave. N. Ste. 350 in downtown Billings. On the day of the performances, tickets are only available online, or in person at the Lincoln Center auditorium located on N. 29th St. across from the Dude Rancher Lodge, beginning at 10:00 am.

For more information about A Celebration of Mozart visit billingssymphony.org/a-celebration-of-mozart

The Billings Symphony Orchestra & Chorale (BSO&C) is the largest professional orchestra in Montana. Established in 1951, the BSO&C strives to enrich lives through music. Consisting of over 135 musicians, the BSO&C serves a regional population of 400,000 people located throughout South Central and Eastern Montana, and Northeastern Wyoming by introducing music to children, youth, adults, and seniors through Explore Music! the BSO&C’s community engagement program. Follow us on Facebook, Instagram, and Twitter.

Backyard barbeques, barroom brawls, tent revivals, and big rock festivals alike are suitable environments for the Red Dirt Metal of TEXAS HIPPIE COALITION, a band with a sound so devilishly electrifying that they had to come up with a new genre to describe it.

BIG DAD RITCH captains this pirate ship of bikers, outlaws, troubadours, and hellraisers, welcoming all comers to the THC party with gregarious charisma and Southern charm. Across a half dozen albums, countless club gigs, and show stealing performances at Rockstar Mayhem, THC has spread the good word of big riffs, big hooks, and wild times.

In 2004 The Goddamn Gallows began their rough and tumble voyage and haven't looked in the review mirror since. Leaving six studio albums in their path, they have been reinventing their music with every record. Spit from the heart of America's Rust Belt, arising from a night of flophouse violence. Drifting across the states, they cemented their sound in Portland, OR and later in Los Angeles, CA, where they lived in abandoned buildings, squatter camps, storage units and shoebox apartments. In 2007, they left everything behind and spent the next four years living out of whatever vehicle would get them to the next town. Building upon their original sound of twanged-out, punk rock "gutterbilly" (Life of Sin 2004 and Gutterbillyblues 2007), they began picking up stray musicians along the way and adding to their sound; washboard, accordion, mandolin and banjo (Ghost of th’ Rails 2009 and 7 Devils 2011) creating a sound referred to as "hobocore", "gypsy-punk" or "americana-punk", while never being stuck in any one sound. Enter 2018 and The Goddamn Gallows have reinvented themselves once again with The Trial. From rockabilly, psychobilly and punk rock, to bluegrass and metal, The Trial infuses disparate sounds into a new strange recipe of seamless genre bending profundities. Chock full of impromptu antics of the shocking variety and hauntingly eclectic instrumentation, The Goddamn Gallows have made legions of fans with their legendary, live shows. The Goddamn Gallows, takes their progression of mixing punk rock, bluegrass, psychobilly, and metal to a whole new level! The Goddamn Gallows have now partnered with Sailor's Grave Records to help deliver the next chapter of their legacy to the world. The Trial begins now.

A band puts on a concert - Hairball puts on an event! Hairball is a Rock & Roll experience you won't soon forget. The lights, sound, smoke, fire, bombs, and screaming hoards of avid fans...to merely call it a concert would be like calling Mount Rushmore a roadside attraction!

Vocalists Joe, Kris and Bobby lead the band through a 2+ hour, mind-blowing, and dropdead accurate homage to some of the biggest arena acts in the world. Van Halen, KISS, Motley Crue, Queen, Journey, and Aerosmith are but a few of the acts fans will see brought to life. The Hairball stage becomes an entirely new rock concert before your very eyes countless times throughout the night.

The motor that drives the Hairball dragster consists of HBK on the electric bass, Billy on the drums, and Happy on the lead guitar. These Rock & Roll soldiers pride themselves on nailing some of the most memorable licks and chops of all time, while adding their own style and flare that they've cultivated over decades of tireless performing. This isn’t a side job. These guys eat, sleep and breathe Rock & Roll!

2019 finds Hairball celebrating its 19th year of rocking hundreds of thousands of people across the country. Constantly adding more characters, more pyrotechnics, more lights, more sound, more props, more surprises...more everything! While Happy often tells the audience "Today is the first day is the rest of your life!" Hairball performs every show as though it could be their last. Every night is a 100% full-on, no-holds-barred, exciting, chaotic, fiery party that has to be experienced to be believed!

As important to Hairball as the music, are its fans. While many bands claim to have the best fans in the world, Hairball actually has! Whether they are 10 years old or 100, Hairball fans bring an unparalleled enthusiasm and energy to the show that enhances the arena experience. Hairball knows it wouldn't exist without its fans and takes every opportunity to let them know that. Whether it's a pre-show meet and greet, hanging out at the merch booth, or chatting online, Hairball has a lot in common with its fans and it's always a good time when they get together.

Don't confuse Hairball with the countless "80's Tribute" bands across the country. Hairball is an experience, an attitude, and expression of music that isn't simply a retro flashback. It's a way of life, and it's not going anywhere soon!